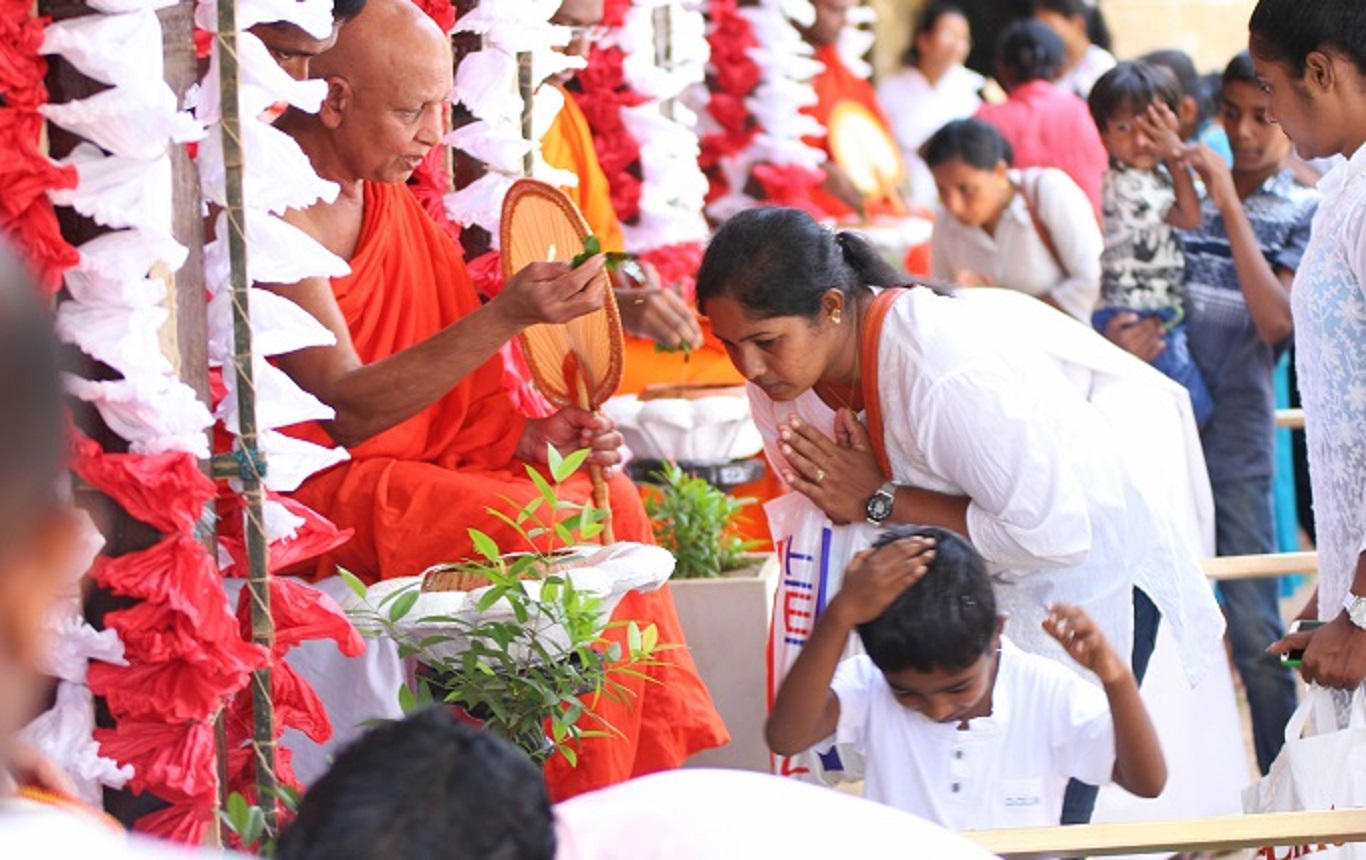 Practicing customs and traditions that come along with Avurudu  celebrations are crucial for preserving our cultural identity. They  serve as a reminder of past events that shaped the lives of our  ancestors and defines the structure of our families. Practicing these  customs not only help strengthen family bonds, but they also promote  goodwill, reinforce community ties and instil social values.

Unfortunately these traditions are fading away each year as evident  by the declining interest shown by the present generation. The demanding  lifestyles and frustrating routines do not permit to connect with our  families and communities like we used to. In pursuit of preserving these  fading traditions of Avurudu, S-lon initiated the sacred ritual of  Anointing Oil (Hisa them gema) for the send year at the Sri Natha Maha  Devalaya -Kandy, with a commitment to promote national unity, social  wellbeing and preserving our cultural heritage. This historic temple is  the oldest religious establishment in Kandy and plays an important role  in supplying and preparing medicinal herbs that go with the ceremonial  bath taken at the auspicious time for the Sinhala Tamil New Year.

The event was telecasted live on Sirasa TV with a live panel discussion on the significance of the age old tradition.